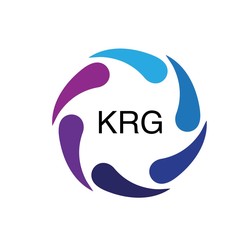 Welcome to the Kasbaoui Research Group at Arizona State University. Our research aims at providing cutting-edge science that improves engineering systems relying on multiphase flows, and particle-laden flows specifically. We do this by: (1) formulating original theories and analytical methods that improve our understanding of the processes at play, and (2) developing new numerical tools that enable discoveries in massively parallel simulations.

The group is led by Prof. Mohamed Houssem Kasbaoui in the School for Engineering of Matter and Transport. Prof. Kasbaoui (cass-bah-wee) is an Assistant Professor in mechanical and aerospace engineering. For more details on current and past work, refer to his curriculum vitae.

The response of a dynamical system to a simple shear deformation often reveals rich properties: near wall features, rheology of …

FURI: Study of the Interaction of Vortex Tubes with Suspended Dust Particles

Settling inertial aerosols dispersed at high enough concentration modulate the structure of the suspending turbulent flow. The present study addresses this modulation in a canonical flow, that is homogeneously sheared turbulence (HST). Eulerian-Eulerian (EE) and Eulerian-Lagrangian (EL) simulations are conducted in the semi-dilute regime, i.e., such that the particulate phase is sufficiently dilute to neglect particle-particle interaction but sufficiently concentrated to be strongly coupled with the carrier flow. Four cases are considered for which the Stokes number based on the Kolmogorov time scale is St$η$ = 0.06 or St$η$ =0.19 , and mass loading is M = 0.125 or M = 0.5. Turbulence is initialized with a Taylor micro-scale Reynolds number Re$łambda$,0 = 29 and is strongly sheared resulting in a shear number S$_*_$0=27. Simulations of the suspension with St$η$ =0.06 and M=0.125 show no turbulence modification compared with single-phase HST. However, when the mass loading is increased to M=0.5 the aerosols cluster, despite their small inertia, and measurably modify the carrier flow. These aerosols enhance turbulence in the carrier phase, causing an increase of the growth rates of the turbulent kinetic energy (TKE) and dissipation rate among other effects. The opposite behavior emerges when the Stokes number is St$η$=0.19. These aerosols cause the attenuation of turbulence by reducing the growth rates of the TKE and dissipation rate in HST. This attenuation is weaker for the larger mass loading case M=0.5 due to stronger forcing by the particles on the gas in the gravity direction. Turbulence modulation in the EE simulation is verified to hold excellent agreement with EL simulations. In the former approach, simulating a few integral lengths of turbulence leads to a large number of Lagrangian particles, up to 1.7 109̂ particles in the present work. Eulerian-Eulerian simulations are performed with a positivity-preserving kinetic-based formulation that assumes an anisotropic-Maxwellian distribution of the sub-grid particle velocity probability distribution function. The excellent agreement with EL simulations shows that this EE simulation strategy is a robust and predictive method in the semi-dilute regime.

In this study, we address the modification of sheared turbulence by dispersed inertial particles. The preferential sampling of the straining regions of the flow by inertial particles in turbulence leads to an inhomogeneous distribution of particles. The strong gravitational loading exerted by the highly concentrated regions results in anisotropic alteration of turbulence at small scales in the direction of gravity. These effects are investigated in a rapid distortion theory (RDT) extended for two-way coupled particle-laden flows. To make the analysis tractable, we assume that particles have small but non-zero inertia. In the classical results for single-phase flows, the RDT assumption of fast shearing compared to the turbulence time scales leads to the distortion and shear-induced production of turbulence. In particle-laden turbulence, the coupling between the two phases under rapid shearing induces number density fluctuations that convert gravitational potential energy to turbulent kinetic energy and modulate the turbulence spectrum in a manner that increases with mass loading. Turbulence statistics obtained from RDT are compared with Euler–Lagrange simulations of homogeneously sheared particle-laden turbulence.

Particle-laden flows of sedimenting solid particles or droplets in a carrier gas have strong inter-phase coupling. Even at low particle volume fractions, the two-way coupling can be significant due to the large particle to gas density ratio. In this semi-dilute regime, the slip velocity between phases leads to sustained clustering that strongly modulates the overall flow. The analysis of perturbations in homogeneous shear reveals the process by which clusters form: (i) the preferential concentration of inertial particles in the stretching regions of the flow leads to the formation of highly concentrated particle sheets, (ii) the thickness of the latter is controlled by particle-trajectory crossing, which causes a local dispersion of particles, (iii) a transverse Rayleigh–Taylor instability, aided by the shear-induced rotation of the particle sheets towards the gravity normal direction, breaks the planar structure into smaller clusters. Simulations in the Euler–Lagrange formalism are compared to Euler–Euler simulations with the two-fluid and anisotropic-Gaussian methods. It is found that the two-fluid method is unable to capture the particle dispersion due to particle-trajectory crossing and leads instead to the formation of discontinuities. These are removed with the anisotropic-Gaussian method which derives from a kinetic approach with particle-trajectory crossing in mind.